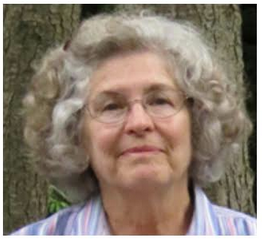 In Texas, if your last hope is a girl, you give her a masculine name.  Leastwise, that’s how it happened in my family.  As fate would have it, I was the last hope and a girl.

My parents agreed to name me Uralee Thurman Lawrence, and call me Thurman.  My father did a typical Texas thing when he got drunk, went to the records office to register my birth certificate, and did what he wanted.  He added another name, Coit.  He named me after a prominent San Antonio woman – Ruth Coit.

I spent my childhood in a part of Texas that looks as if it came right out of the famous Sam Peckinpah movie The Good, the Bad, and the Ugly.  That movie could have been filmed about seven miles north of Brackettville at Alamo Village on Farm Market Road 674.

I knew when I was just four years old that I would leave Texas one day.

“What do you think is going to happen to us when we grow up?” my best friend, H. N. Bitter, asked as we sat at the edge of Ranch Road 3008, watching for cars that weren’t coming by.  Mostly, what we saw were large tumbleweed bushes blowing down the road, powered by hot, dusty West Texas winds.

“Do you think we’ll travel down a road like this?”

I remember that scene by the side of the road vividly – the conversation, the temperature of the air on my arms, the endless West Texas sky.

“H. N., when I grow up, I plan to leave this place and see what’s at the end of this road.  I plan to see it all.” I blurted out the comment.  Brackettville was the beginning of my journey, not the end.

“Well, I don’t think I’m ever going to leave Brackettville.”

Mother sent me as a young child to local Vacation Bible Schools every summer.  That means I spent a week each with Episcopalians, Presbyterians, Baptists, and Church of Christers when I was quite young.

This early religious experience molded me into a person with open Ecumenical attitudes.

I attended college and met people of all faiths and outlooks.  Meeting and interacting with people from many countries didn’t make me tolerant of others.  The tolerance I was born with encouraged me to get to know people from everywhere, talk to them, learn their beliefs and philosophies.

I met and soon fell in love with a handsome young man from Mexico City.  Tony had wanderlust and got new jobs in distant places.  When things finally fell apart, we lived in Mexico City.

My daughters and I boarded a green bus in Mexico City.  We headed for San Antonio, Texas,  with the clothes on our backs.

I got a job. The girls went to school.

Ever the optimist, I met my second husband, who turned out to be a Russian expert.  We moved to Washington, D.C., where he had assignments in offices with alphabet soup initials instead of names – DIA, NSA, CIA.  This guy was a keeper.

In our spare time, we both went to school.  I studied massage therapy, and he studied at L’Academie de Cuisine.

After 30 years in the Washington, D.C., metro area, we retired and ended up in Woodstock, New York.   Only neither one of us quit working.

When we decided to stay in Woodstock, I went to a local bank and opened an account.

“You listed Reiki practitioner as your profession, Mrs. Greco.  I wouldn’t hold out much hope with that one if I were you.  You won’t make a dime here in Woodstock.  Hell lady, I’m a Reiki 2.”

I went with canine massage therapy.  From that moment on, I was in business.

One crisp, September evening, several weeks later, it all came together.

I walked into St. Gregory’s Episcopal Church to hear Jay Wenk, a local activist hero legend, speak about his work.  He picketed the U.S. Army Recruiting Center on Ulster Avenue in Kingston because he didn’t like military recruiters focusing on kids at the local high school.

I hadn’t been in an Episcopal Church since 1958 and had long since forgotten how distant from the Episcopalian lens of life I was.  No matter.  They allowed me to take my aging Papillon to Wednesday services.

Pork Chop loved the place!  He was into the whole scene.   I would never have returned to St. Gregory’s if Pork Chop weren’t happy there.  We both enjoyed this outing.

Then, one morning, I got a call:  “Thurman, we need someone to work in the food pantry this morning with Marie Duane.  Can you go?”

Reflecting on the whole experience, compassion, misfortune, helplessness, and homelessness waited for me to get ready for them.  These issues sat backstage, like actors, patiently waiting for their cue.

These challenges knew their lines well. Time and again, in the pantry, when I encountered obstacles, I called on experiences of my past that prepared me for the path and the life situations waiting for me.

When I needed prompting, my grandmother stepped out of the cloud of my past and spoke clearly.   “Get this down.  Now.  Now, get this down.”